The growth of in-game advertising has been on everyone’s radar since the mid-2010s. Some AdTechs brushed this off as a temporary trend. Others were quicker to recognize it as a lucrative market.

Cut to 2022: In-game advertising companies are already rewriting the rules of programmatic advertising in mobile apps, console games, and even virtual worlds.

In-game advertising is a coming-of-age market positioned for supersonic growth in the next decade.

That said, simple in-app banners or in-game pop-ups no longer do the trick. Many find them disruptive or annoying. Because gamers ignore, block, or publicly bash intrusive gaming ads, AdTechs strive to do better. That’s no easy task.

As Roman Garbar, Marketing Director at Tenjin, said so well:

In killing its IDFA in the name of privacy, Apple has drastically limited the user data available to advertisers. This means that games — for so long able to use IDFAs or other user information to link identities through deterministic attribution — can no longer figure out how to effectively acquire new players.

…and many innovative in-game advertising companies emerge out of this market turbulence.

The AdTech industry has an ongoing problem with supply chain transparency. This leaves publishers short on revenue.

By doing that, you’ll be able to:

Azerion was one of the first game publishers to expand into AdTech. With its proprietary technology, Azerion directly sells game advertising across its portfolio of 17,500 game titles.

Since then, they have engaged over 300,000 advertisers – and plan to get even more brands on board through new partnerships.

In January 2022, Azerion signed an exclusive deal with ZEASN – a technology provider of OTT and smart TV solutions – to offer CTV advertising to its users.

Around the same time, Azerion joined up with MediaMath – an independent DSP – to codevelop an advertising marketplace for programmatically selling premium mobile game advertising in AAA titles.

The two want to launch new dynamic, in-game advertising formats such as virtual billboards advertising at racetracks or stadiums, and also improve transparency in attribution.

Voodoo is a Paris-based game development studio founded in 2013. They launched over 100 successful hyper-casual games, including hits like “Helix Jump,” “Crowd City,” and “Snake vs. Block.” As of February 2022, Voodoo surpassed 6 billion downloads and has an engaged audience of 300 million monthly active users.

Now Voodoo is saliently making inroads into the AdTech ecosystem, Xenoss proudly helping them with our domain knowledge and engineering expertise.

In 2021, Voodoo acquired the mobile marketing automation platform Bidshake, which offers advanced user acquisition advertising solutions for the gaming industry. That’s a smart move, given that Voodoo has also been positioning itself as a publishing partner to other game developers.

To date, Voodoo has partnered with a host of other studios, including Storms, Mobile Premier League (MPL), and Electric Manta among others. This significantly increased Voodoo’s inventory and placed them in a good position for launching its own ad network.

In 2022, the company also teamed up with oolo – a data management platform for governing data relationships between ad networks and implementing operational controls of ad revenue.

Xenoss can help you develop a solution from scratch or upgrade your current infrastructure.

Skillz is an online mobile multiplayer video game competition platform that offers developers another way to monetize mobile games – through brand-sponsored competitions. As of 2018, Skillz hosted over 800 million tournaments.

Aarki’s proven machine learning will pair with Skillz’s robust first-party data to create an unrivaled value proposition for game developers. The integrated ecosystem will unlock new connectivity points between consumers, developers, and brands, pairing the right impression with the right user at the right time, all while delivering a superior user experience.

Skillz plans to use Aarki to help its publishers acquire more users by running affordable app install campaigns or title cross-promotions. Then they’ll propose the best-performing games to their network of advertisers, which already has some big names like the NFL and UFC, among others.

That’s a shrewd, two-pronged approach to maximizing ​​in-game advertising revenues. Skillz profits from selling ads to its network of publishers – and separately pulls in cash from brands, advertising within its ecosystem.

Activision Blizzard needs no introduction as its biggest hits – “World of Warcraft,” “Call of Duty,” and “Candy Crush” – speak of the company’s reputation.

In 2022, Activision Blizzard made headlines once again after Microsoft extended them an all-cash $68.7 billion acquisition offer that’s likely to be finalized by spring 2023.

Gaming is the most dynamic and exciting category in entertainment across all platforms today and will play a key role in the development of metaverse platforms. We’re investing deeply in world-class content, community, and the cloud to usher in a new era of gaming that puts players and creators first and makes gaming safe, inclusive, and accessible to all.

Yet, it’s not just the community Microsoft is after but also Blizzard’s extensive in-game advertising capabilities. Its AdTech arm, Activision Blizzard Media, has been drawing in high-profile sponsors for years with dynamic in-game advertising formats, best-in-class measurement solutions, and granular audience insights.

The network reaches  280 million players globally and millions of esports viewers. Their network also touts 98% ad viewability (well above the industry average) and 10.8X times greater message association than other mobile publishers. Blizzard is one of the Xenoss clients that decided to upgrade their AdTech capabilities with the help of our expertise.

Looking for experienced AdTech engineers and integrators for your project?

Xenoss engineers have 10+ years of experience in the industry.

Super League Gaming is a publicly-traded video game publisher, specializing in open-ended world games. Their most successful titles are:

As of 2022, Super League Gaming reports delivering over 1+ billion monthly ad impressions. The publisher also holds 30% of global Roblox audiences thanks to its 2021 acquisition of Bloxbiz – a Roblox advertising platform with 25 million monthly active users and an inventory of some 75 brand-safe games.

Bloxbiz acquisition also gave Super League Gaming access to an advanced ad viewability verification technology for 3D space. This puts them at the forefront of the metaverse advertising market.

Though in-game advertising platform development comes with unique technical challenges, the payoff is too good to pass on.

The following six companies stand at the vanguard of programmatic in-game advertising.

Anzu is a rising star in the in-game advertising space. Although founded only five years ago, Anzu has already proved itself to the industry by winning the Best Ad Tech Platform title from Digiday in 2022.

Bidstack has been around since 2002. The company initially specialized in DOOH advertising but pivoted to in-game advertising by 2018 as the niche took off. Bidstack IPO-ed the same year.

Also, Bidstack appears to be testing white labeling for further revenue diversification. In 2022, they announced a 3-year deal with an undisclosed APAC company that will use Bidstack’s tech stack to create their own in-game advertising business.

It looks like “in-game advertising as a service” might soon be the new trend in the AdTech town!

Frameplay is a newer entrant, operating out of San Francisco since 2018. It’s an in-game advertising network built by gamers and for gamers. Jonathon Troughton, CEO of Frameplay, met his cofounder at the virtual battleground of PUBG.

Frameplay offers a self-serve, gamer-first ad buying experience with a strong emphasis on creating immersive game ads. Their first branded campaign was launched in Q4 2020 – and more will soon follow.

Adverty is one of the biggest European in-game advertising companies. They have operated out of Stockholm, Sweden, since 2016 – and went public at the end of 2018.

Adverty’s bragging rights include an average time in view of 25 seconds per impression and 10X higher than industry average CTR rates for in-menu gaming ads. They also built a patented ad viewability system that allows advertisers to convert cost-per-mile into cost-per-minute for their campaigns.

Adverty also maintains close ties with other leaders in in-game advertising, such as the earlier-mentioned Super League Gaming (to access Roblox advertising inventory) and ​​Azerion – to access their catalog of some 16,700 game titles.

They also have a long-standing partnership with Verizon Media, where Adverty is the main supplier of in-play and in-menu ad forms. Smart, InMobi, and Livewire are also among Adverty’s distribution partners.

Also, to position itself as a more attractive supply partner, AdInMo teamed up with NumberEight – a privacy-centered, on-device data intelligence platform. It allows AdInMo to collect live content and behavioral audience data using cookieless solutions, then shares it with advertisers in a compliant way.

Want to develop your own SSP?

Xenoss can help you develop a solution from scratch or augment your current system.

Thank you for your message.

These three companies lead the race in the mobile game ad analytics space.

AppsFlyer is a top dog in the mobile analytics space. It primarily caters to app publishers who want to learn more about their audiences and improve user engagement metrics.

Sensor Tower supplies leading brands with market intelligence. They have a specific analytics offering for game publishers, which is already used by the likes of Warner Bros. Games, Net Case Games, and Unity.

Thanks to creative ad formats and high user acceptance, in-game ads are now seen as the best way to monetize mobile games.

Gadsme is a Paris-based DSP/SSP, specializing in in-game video advertising and esports. They are now priming to become Europe’s next AdTech star.

In 2022, Gadsme raised an $8 million seed round from Galaxy Interactive and Ubisoft – and plans to channel the funds into further platform development.

Pubfinity is an ad network specializing exclusively in Windows UWP Games and apps.

It was founded in 2019 by a former game developer, Sam Kaufmann, who used to rely on the Microsoft Ad Monetization platform for video game monetization. When Microsoft deprecated its ad platform in 2020, Kaufmann decided to occupy the newly vacant niche – and enjoyed great success as a result.

Pubfinity has strong ties with Epsilon. The platform uses its cookieless Core ID solution to integrate with other DSPs and ad networks in both open and private marketplaces. Pubfinity is also part of  Epsilon’s Core Private Exchange.

To increase its appeal to even more advertisers, Pubfinity pioneered an in-game viewability measurement solution for Windows and Xbox together with Oracle Moat. Post-adoption, Pubfinity achieved a 90% viewability rate on its video ads and substantially lowered invalid traffic rates.

In-game advertising is a nascent market. As such, it still has plenty of opportunities up for grabs, especially for publishers with a growing collection of high-performing mobile titles.

You’ve learned what others are doing to succeed in this space. Now the ball is now in your court: What type of in-game advertising solution are you going to develop? 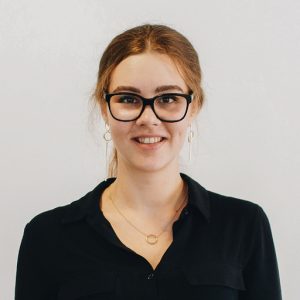 Learn how to survive on MarTech & AdTech markets and stay competitive.

Thank you for subscribing!

Check your inbox soon for new articles from Xenoss

15 Innovative AdTech Startups To Watch In 2022

Why CMP Is Critical In The Era of Dynamic Creative Optimization?